Defiance is an American science fiction television series developed by Rockne S. O'Bannon. The series was produced in collaboration with Trion who produced a Defiance MMO video game. Defiance stars Grant Bowler as Joshua Nolan, the local lawman in a post-apocalyptic city known as Defiance, Stephanie Leonidas as his daughter, Irisa, and Julie Benz as Mayor Amanda Rosewater. The series was broadcast in the United States on the cable channel Syfy and in the U.K. on SyFy.co.uk; it was produced by Universal Cable Productions.

Defiance opens with a flashback to 2013 narrated by Irisa who had a dream about her father, Joshua Nolan's, world before the Votans arrived. Irisa explains that she was born into the world that came after aliens arrived, never knowing what earth looked like before.

In the backstory to this series, alien ships enter Earth’s atmosphere seeking a new home after their own solar system was destroyed. They call themselves "Votans," and shortly after their arrival, negotiations begin between the aliens and the government(s) of Earth. After six years of negotiation, no agreement has been reached and a war begins between the two sides. By this time, Joshua Nolan (now sixteen years old) has enlisted in the military to fight for his people against these invading aliens.

In an air battle, the huge alien ships in the atmosphere are destroyed and they plummet down to Earth. However, contained within the wreckage of these vessels are terraformers which begin to transform the planet. This transformation was described as scorching the earth, creating vast chasms in the ground, and resulting in layers upon layers of debris and dirt forming on the surface of the planet; effectively burying major cities. It is then revealed that there is not one alien species but many, with Votan merely being the collective name they have chosen. One such species, the “Castithans," are alien but look entirely human.

A vicious battle is fought in San Francisco in 2030. Casualties are high. Human and Votan soldiers, disgusted by years of bloodshed, disobey orders and lay down their weapons, banding together to pull civilians from the rubble. This will come to be known as the Battle of Defiance. Soon after that battle, Nolan deserts the military when he rescues a young Irathient girl named Irisa who was destined for a deadly refugee camp if he didn't help her.

In the final days of the war, both sides come to realize that neither can win, and they have only one joint priority: survival. With this realization, the war comes to an end and both sides focus on licking their wounds and attempting to rebuild.

After rescuing Irisa, Nolan adopts her, and they spend the next 15 years traveling the badlands together under the motto, "live or die together." This brings us to the time when the series is set (approximately 33 years after the initial flashback - the year 2046). Joshua Nolan returns to his hometown of St. Louis with his now 23 year old daughter, to find it no longer looks like the city he left nor is it called that anymore. St Louis is now Defiance, named after the legendary battle Nolan participated in many years earlier.

While early versions of the pilot depicted more flashbacks to these events, the final version only includes a brief flashback to Nolan's childhood before showing Nolan and Irisa's arrival Defiance. Once they arrive in the town, they help save Defiance from an alien threat and Defiance's mayor, Amanda Rosewater, offers Nolan the job of “Chief Lawkeeper," making him responsible for keeping the residents of Defiance safe from the scavengers, dangerous Votans, humans, and other criminals that occasionally breeze through the town. Irisa becomes his deputy. 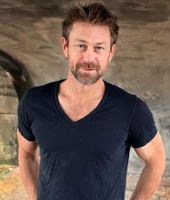 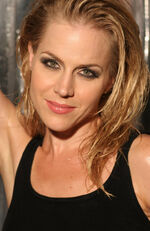 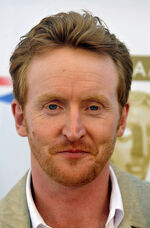 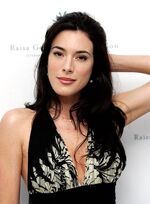 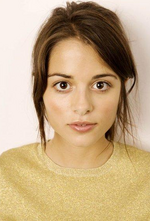 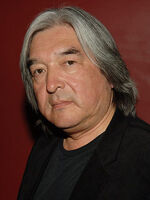 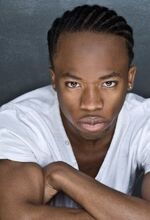 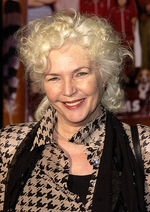 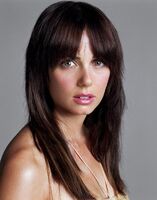 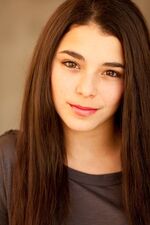 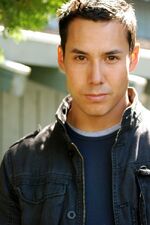 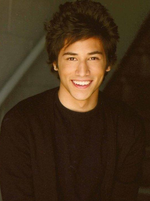 There are 12 episodes for Season 1 ("Pilot" was one episode, despite being credited for 2 parts), and there are 13 episodes for Season 2. Season 2 was already in production, despite Season 1 not being over yet. Season 3 aired in 2015, being the last season before the series was cancelled by Universal Television for monetary reasons.

Community content is available under CC-BY-SA unless otherwise noted.
Advertisement