Human Nationalism is a political ideology that advocates a national identity for Humans.

Human Nationalism first rose to prominence after the 2000 Discovery of the Votan Fleet. Human governments came together to create the Earth Military Coalition. Even before that point, there had been consideration of hostile alien invasions. Many movies had been made about the subject. Human scientist Steven Hawking spoke against contacting aliens.

After the Votan Fleet was made public in 2013, groups sprouted up almost immediately to pressure the interests of Humanity. The slogan "Humanity First" gained wide usage. Humans feared that Votans might be militarily hostile. Even if the Votans were not hostile, there was fear that they would, through their technological sophistication, gain economic control, and eventually political control. This view was common among Marxist and New Right economics. A sense of unity soon emerged in Human communities and Humans put previous political struggles behind them. However, Human nationlism was not unanomously supported, and many Humans denounced it as intolerant. Many other simply wanted Votan technology.

The 2015 vote on whether to grant Sulos to the Votans was a flashpoint in the debate. Most eastern countries opposed the vote, most of the West supported it. The measure passed 128 votes to 55. In the next Seven years, more Votan colonies were created. In 2022, human leaders and Votans created the Settlement Agreement, however talks broke down after Human nationalist John Paul Bullock assassinated Votan Diploamt Onulu Toruku. Although many moderate nationalists condemned the action, others supported it. Talks broke down and the Pale Wars broke out.

During the War, Human nationalists joined the EMC army and fought the Votans but were unable to win. After Arkfall, many Humans gave up on the possibility of defeating the Votans. As both species' were on the verge of annihilation, soldiers from both sides refused to fight at the Battle of Defiance. Many Human nationalists regard the "defiant few" as traitors.

Human Nationalism has support among many Human residents. The Earth Republic, although supported by mainly Humans, has distanced itself from Human nationalism.

Critics of Human nationalism allege it is intolerant, backward-looking, and pursues unrealistic goals. Votan leaders accuse Human nationalists of not appreciating the benefits of Votan technology. Many Humans accuse also oppose it, saying it is unrealistic. The Votans will never leave, they say, it is best to learn to deal with it. Human nationalists have been accused of fermenting hatred and attacks on Votans. The city of Defiance officially condemns all forms of nationalism. 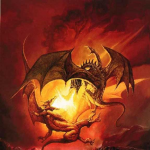